Home > Homepage News > Why Housing for Health the Guide is needed

Why Housing for Health the Guide is needed

Houses lived in by Indigenous people in Australia are in poor condition.

This is proven by house function data collected in 194 Housing for Health projects run between 1998 and 2013. The projects were designed to improve the 7, 500+ houses tested, not record their poor function. The data used throughout the Guide was first used to improve these houses and now the same data can be reused to pinpoint where failures are most common and how to design and construct better houses. 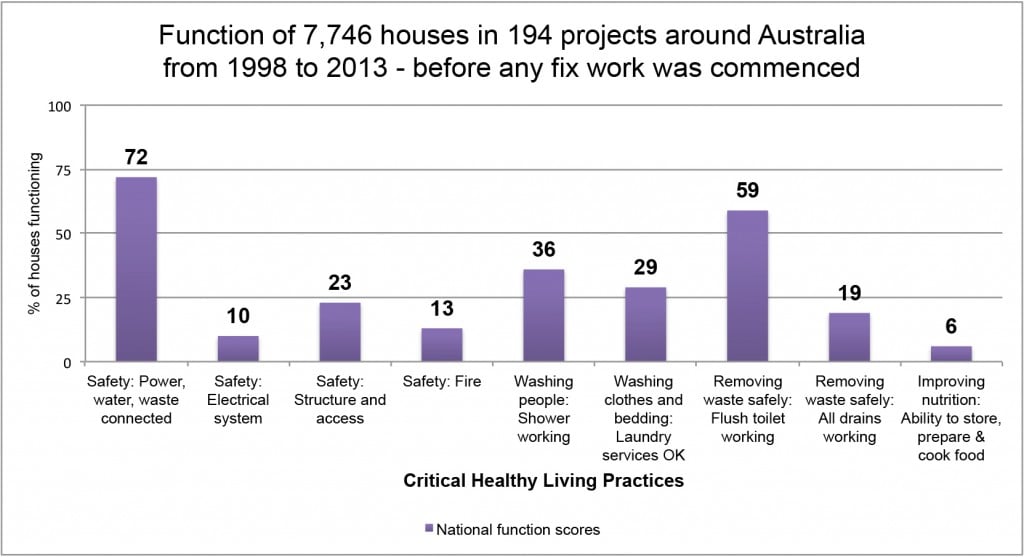 Many myths surround Indigenous housing and the reasons why it is in such poor condition.  The national data presented here question two of these myths, and the detailed data throughout the Guide will inform better housing solutions.

Will new housing solve the problem?

“The Housing for Health project data records old houses that we all know function poorly, but the large amounts of money spent on Indigenous housing since the early 1990s will  greatly improve housing and the function rates will improve.”
Data show that in three time periods since 1998 housing function has not universally improved – put another way – houses tested more recently include many of the houses built since the mid 1990s and are not necessarily performing better than houses tested earlier. In the most critical safety and health areas of the houses where improvement has been consistent, the gains are still relatively modest as only two of the nine Critical Healthy Living Practices, have more than 50% of houses functioning. 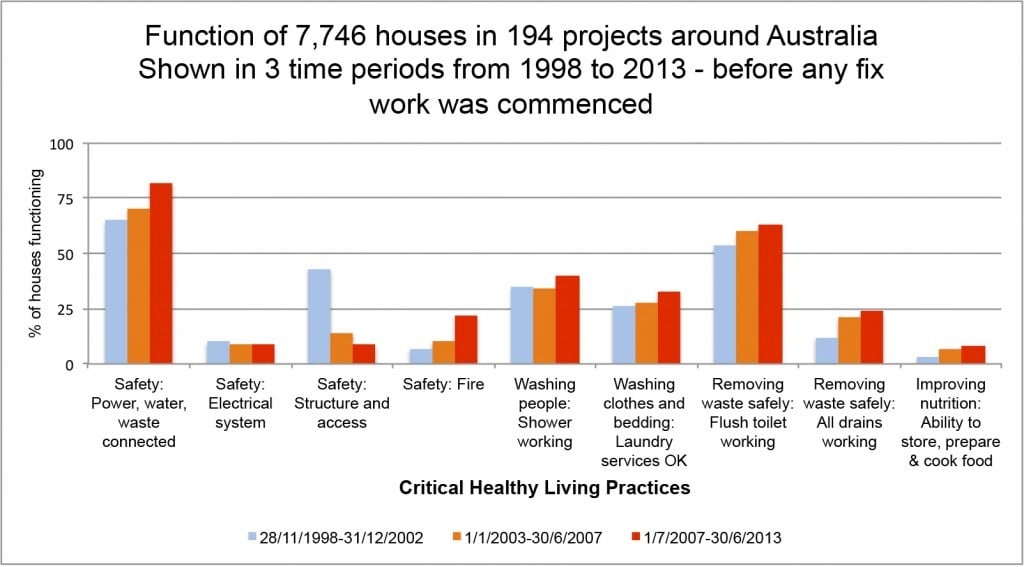 Is it remoteness that contributes most to the Indigenous housing problem?

“Access to tradespeople, materials and services in remote and very remote areas make it harder to build and maintain houses so the function there will always be poorer than for rural or suburban houses.”

Whilst this statement seems reasonable, data based on the national measure of remoteness show that there is no consistent link between remoteness and house function. The overall variation between accessible and  remote locations for most of the Critical Health Living Practices are slight. 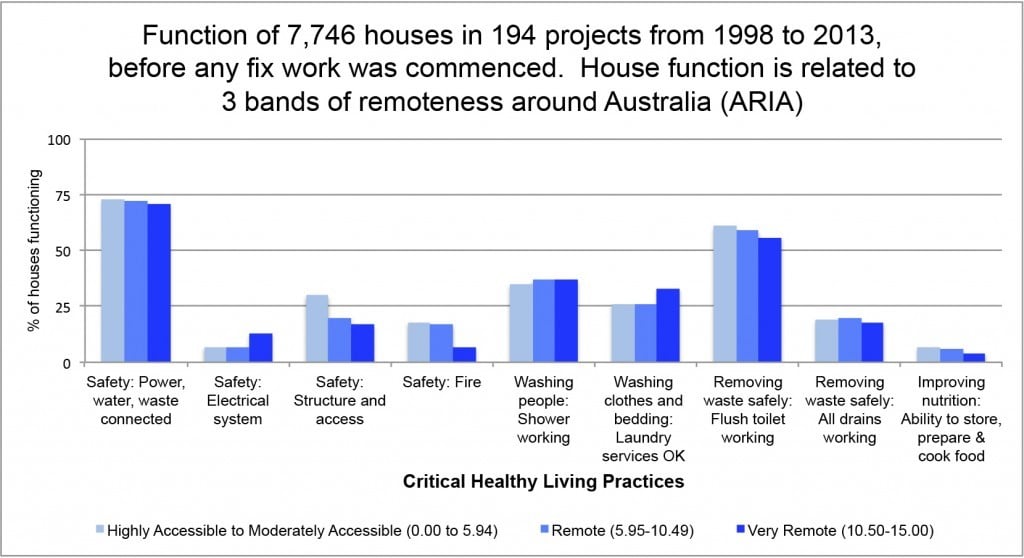 The data presented here are not intended to definitively refute the myths. We simply make the point that housing variation nationally is complex and that high quality information as presented in the Guide, used locally by creative designers, builders and housing managers, is needed to improve housing function and health.